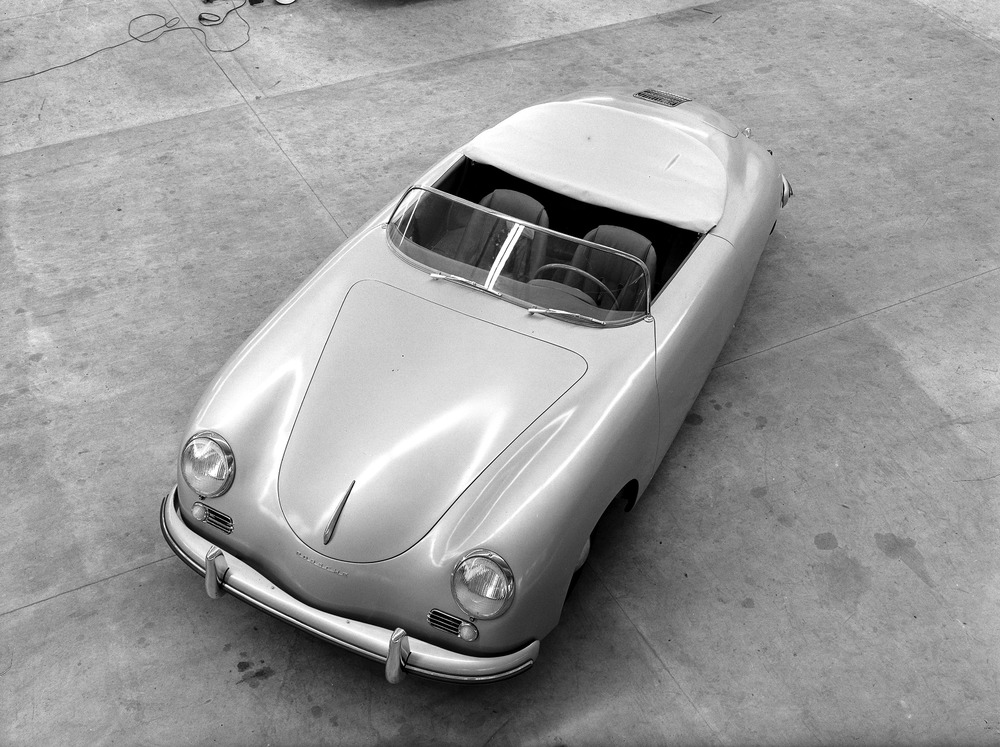 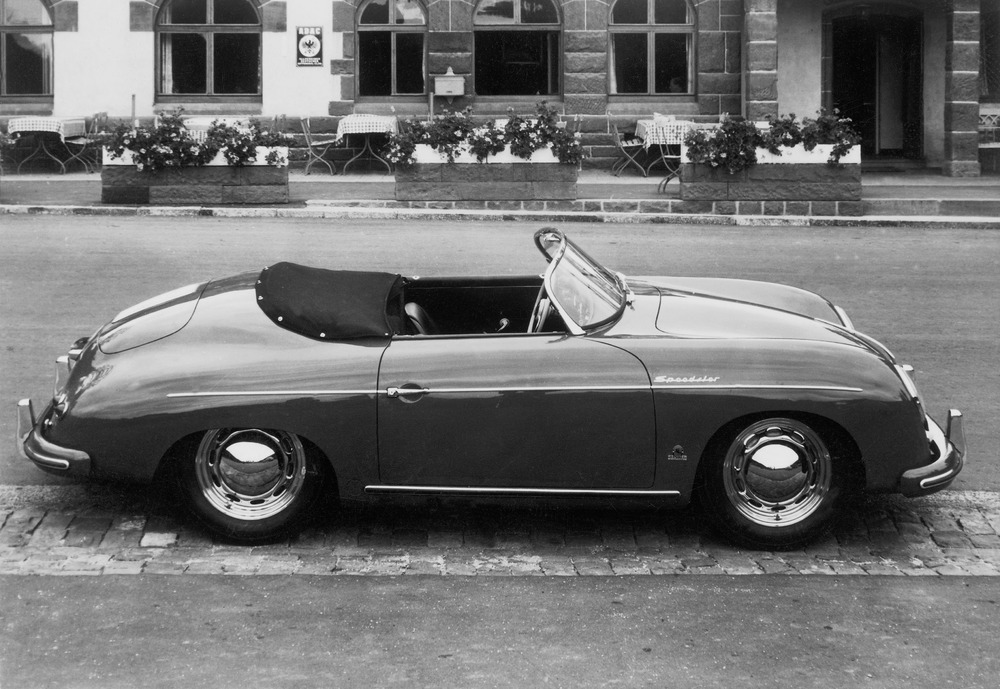 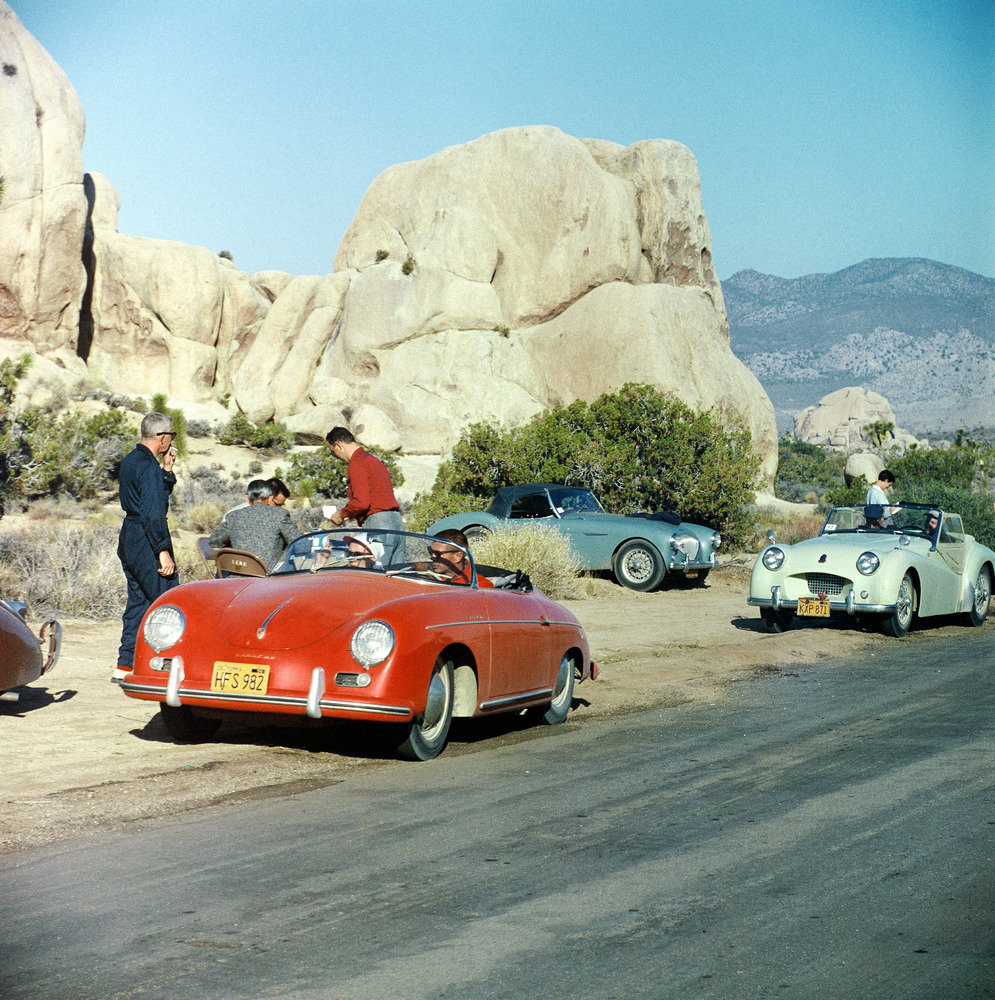 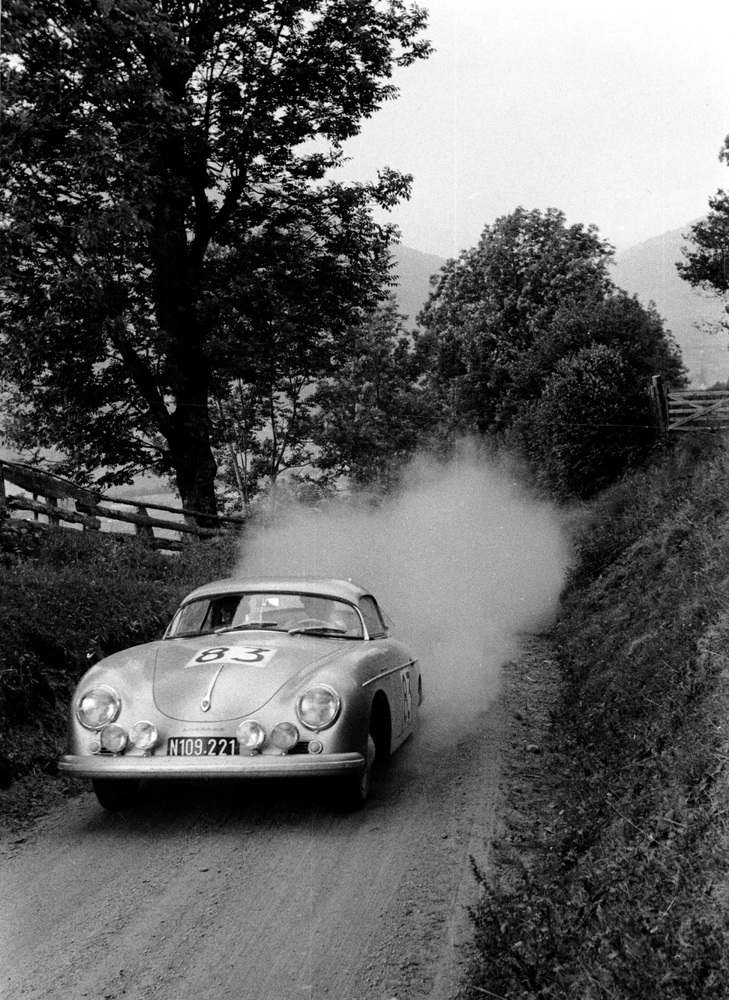 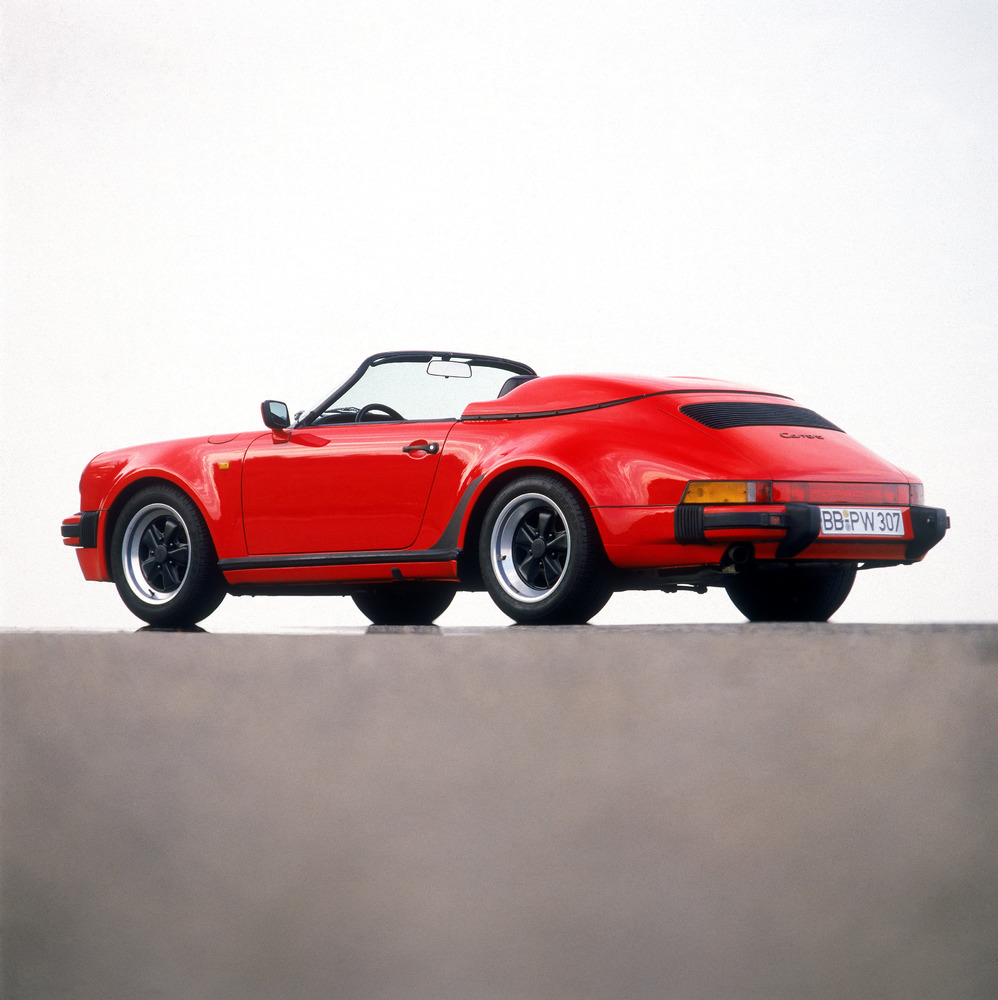 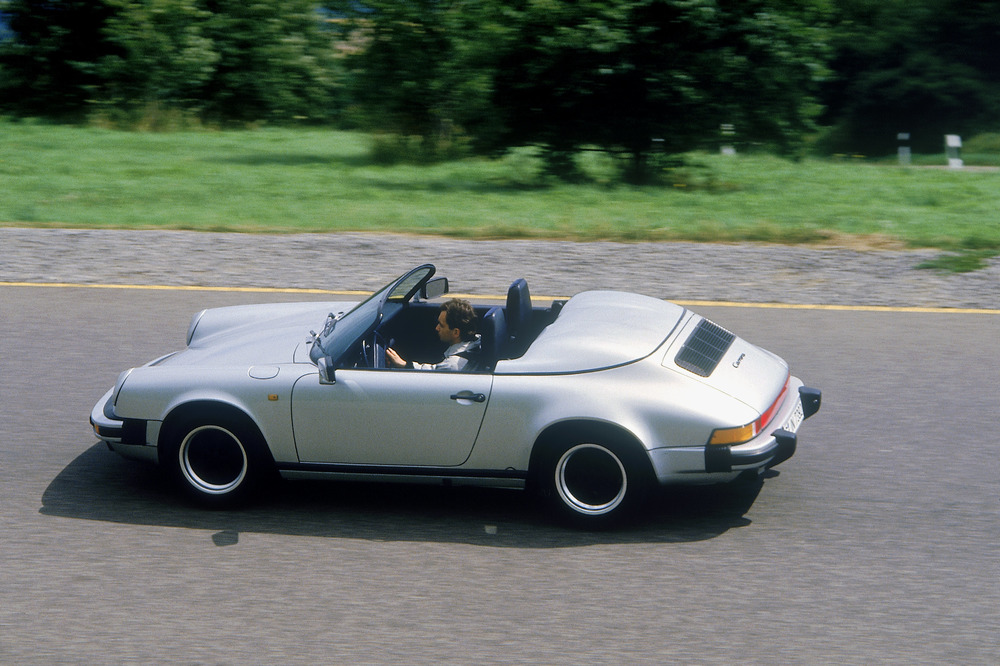 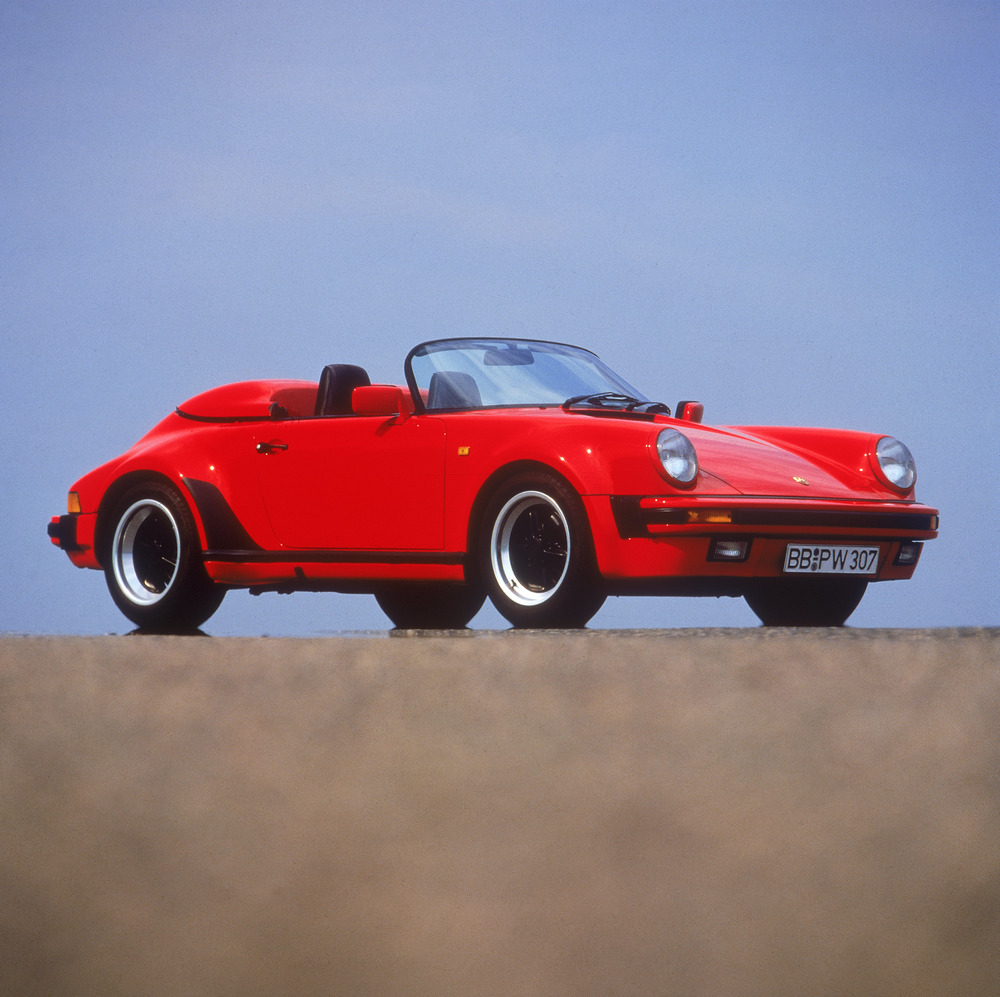 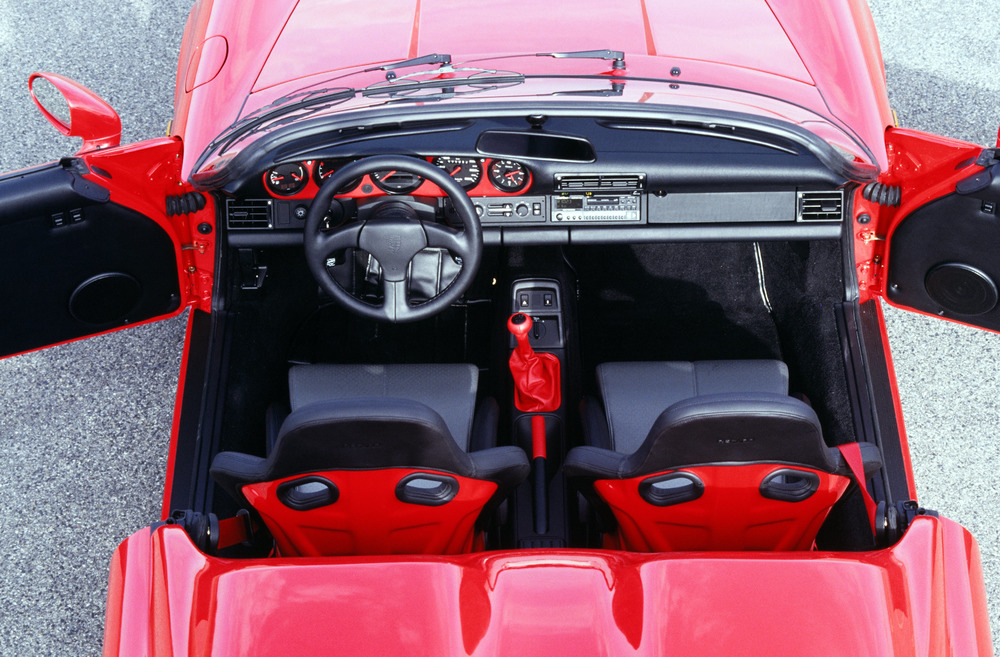 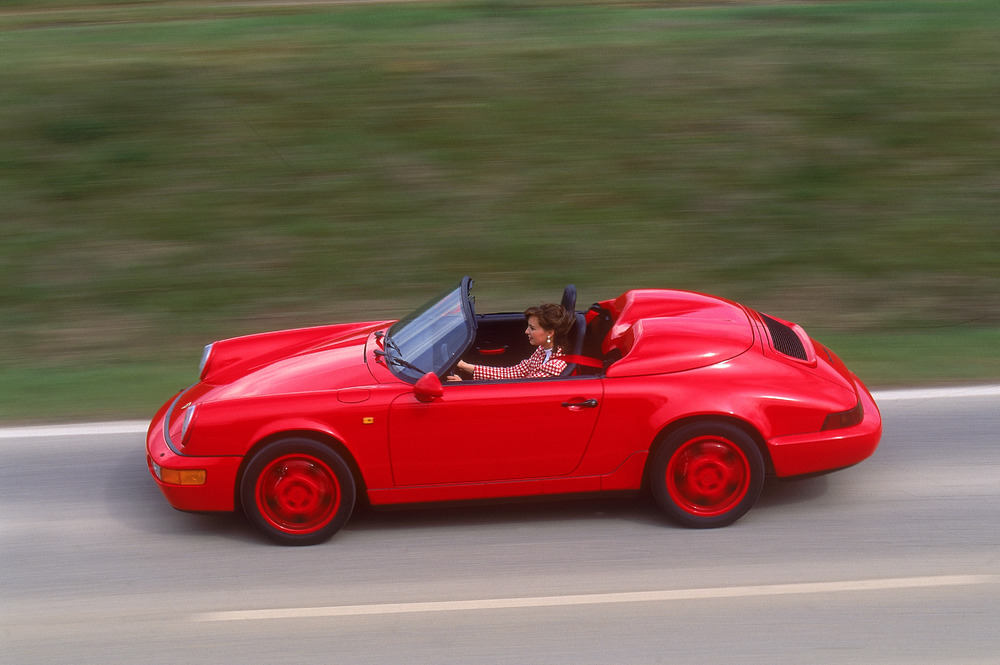 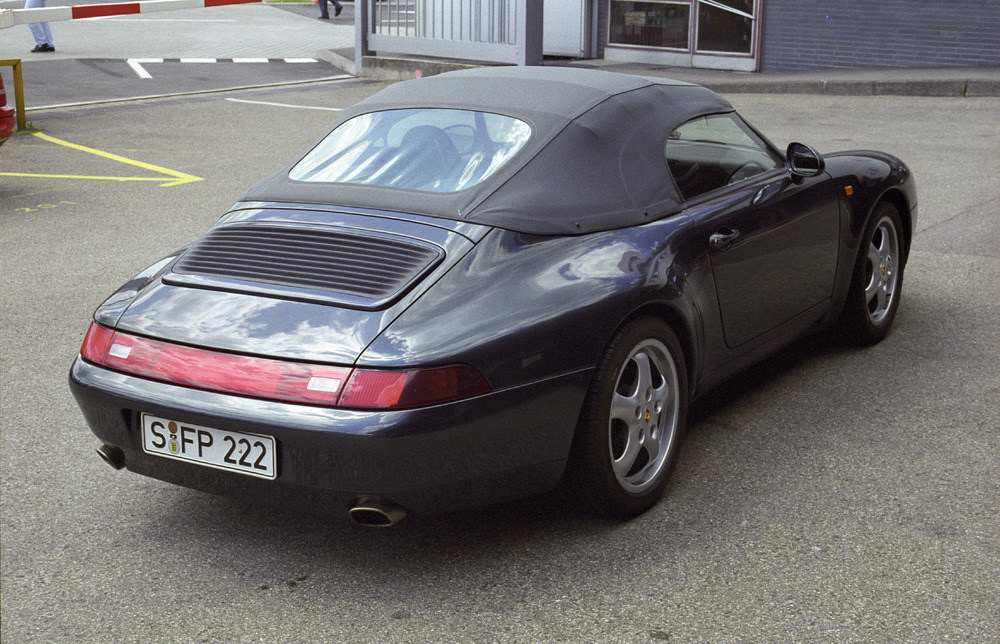 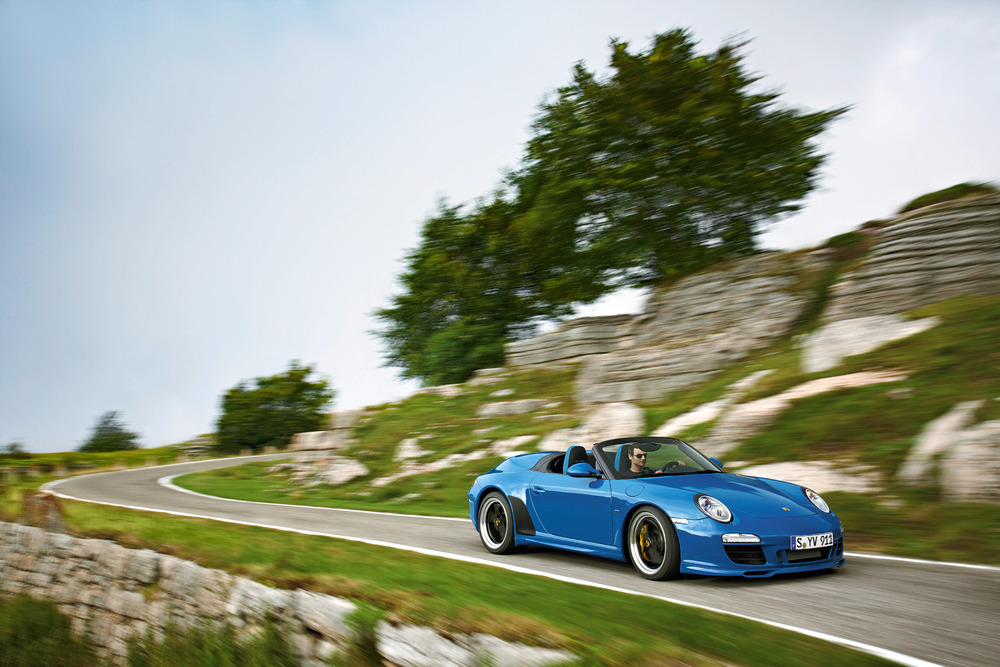 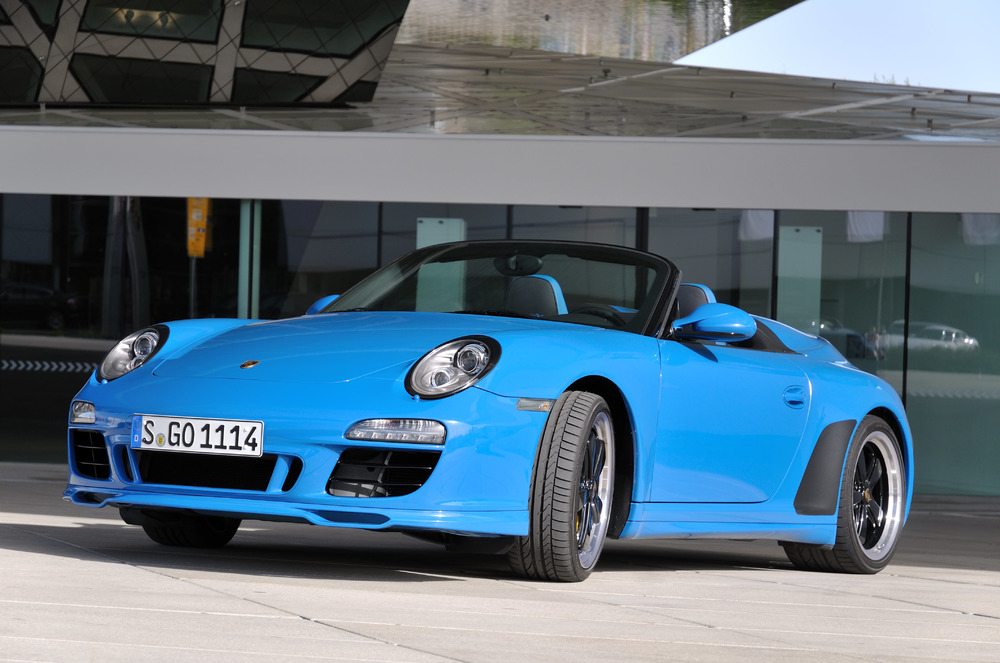 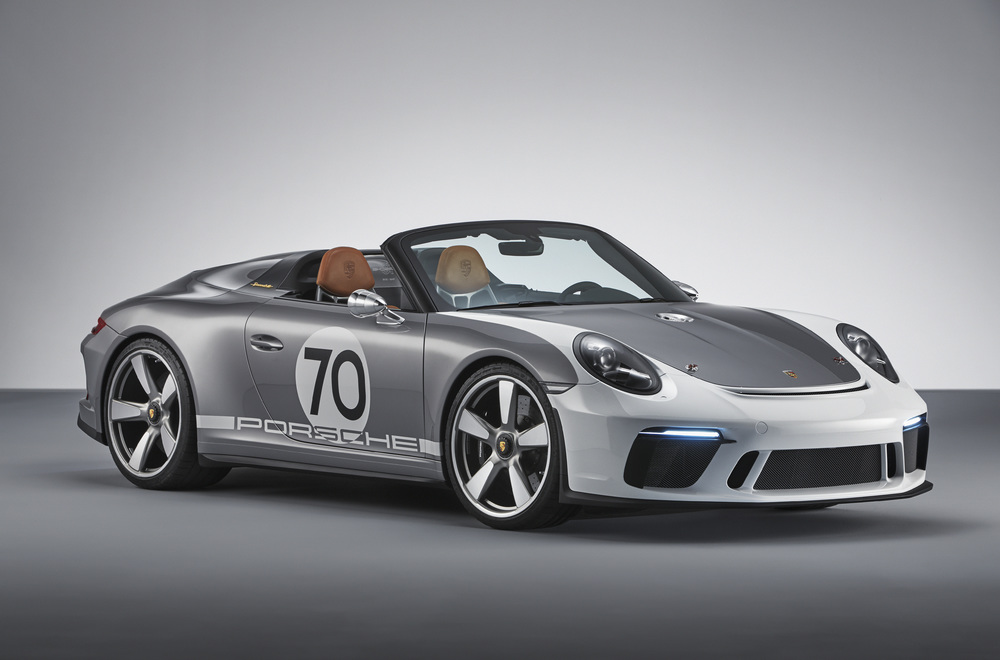 : driving pleasure for more than six decades The history of the Models – from 1952 up to today

Stuttgart . Open-top driving pleasure combined with outstanding driving dynamics: variants have been part of the company history since 1952. They combine open-top driving pleasure with outstanding driving dynamics. The forefather of all these models is the 356 America Roadster. Its aluminium body was manufactured by hand at Erich Heuer Karosseriefabrik in Ullersricht near Weiden in Upper Palatinate, Germany. Thanks to its expensive lightweight body, it weighed 160 kilograms less than the 356 and its top speed of 180 km/h from its 70 PS four-cylinder boxer engine was impressive at the time. The exclusive sports car, developed for the US market and built only 16 times, already featured key elements of the design with slot-in windows for the doors, a folding rain-cover top and lightweight bucket seats.

It was the US importer Max Hoffmann who convinced there was a market for their cars in America. He requested an inexpensive with reduced furnishings costing less than 3,000 dollars. In autumn 1954, produced a significantly less expensive version than the 356 America Roadster, which included ‘’ in the model name for the first time and quickly caused a sensation in the world of motor sports. It combined the sheet steel body of the cabriolet with a raked windscreen, reduced interior equipment and a rain top. In the USA, the 356 1500 cost just 2,995 US dollars and became an instant hit in the sunny coastal states. Hollywood icon James Dean was also an enthusiastic racing driver and chose this purist model, which was dedicated solely to the sheer pleasure of driving. Further generations of the 356 followed. The model reached its peak in 1957 with the 356 A 1500 GS GT : Its 1.5-litre vertical shaft engine produced 110 PS. It was the first production model from that reached a top speed of 200 km/h.

In 1988, a variant was introduced in the 911 series, as the crowning highlight of the discontinued G model generation. The most open of all the 911 models was based on the 231 PS 911 featuring a wide turbo look. It was optionally also available in export markets with a leaner car body. 161 units with lean body were built. The windscreen was shortened, and a manually operated rain top disappeared under a large plastic bubble painted in the vehicle colour. Unlike the “911 Clubsport” concept car previously showcased at the IAA in Frankfurt in 1987, the first production was launched in 1988. In those days, the prices for the started at 110,000 marks. A total of 2,103 s from the G series were produced.

It was exactly the other way around with the successor model: between 1992 and 1993, 930 units of the “lean” 911 of the 964 generation rolled off the production line. In addition, 15 vehicles were produced with wide turbo body. The new models were given a revamped soft top mechanism designed to make the manual opening and closing of the roof easier. The locking mechanism of the large plastic cover at the rear was also optimised. Visual highlights were provided by bucket seats from the 911 RS painted in the vehicle colour and special leather upholstery. The cost 131,500 marks when it was launched in February 1993. However, the buyer had to do without air conditioning, electric windows and at first even an airbag.

Even more rare is the 911 based on the 993 generation: there are exactly two of them in existence. The first was developed by the department in 1995 for Ferdinand Alexander himself. It was green, came with 17-inch alloy wheels as well as a Tiptronic S transmission and was based on the body. Later, a second vehicle was built for the U.S American actor, Jerry Seinfeld. This sitcom celebrity, himself an avid fan of the company and owner of an impressive collection of vehicles, received a silver with manual transmission and designed as a turbo wide 4S model with 18-inch wheels.

Regular customers did not get their hands on these vehicles again until the debut of the last version of the 911 so far in 2010 as a variant of the 997 model generation. The 911 marked the launch of the 25-year anniversary celebrations of the Manufaktur in 2011. In best tradition, the striking profile of the new 911 was defined by the 60-millimetre lower, more raked windscreen, the flat contour of the sporty-look manual soft top and the characteristic double bubble on the convertible top compartment lid. This made the body of this rear-wheel drive two-seater with its 44-millimetre wider rear end stand out even more. The 911 celebrated its world premiere at the Paris Motor Show in early October 2010. The 3.8-litre six-cylinder boxer engine delivering 300 kW (408 PS) was produced in a limited edition of just 356 units. In Germany, the was launched on the market in December 2010 at prices starting from 201,682 euros.

The 911 concept: a sporty and purist vehicle reflecting the brand core
In 2018, gave itself the best birthday present it could have possibly received: the 911 concept car - the road-ready study of an open-top and particularly exciting sports car - celebrated its world premiere on the occasion of the “70 years of Sports Cars” anniversary in Zuffenhausen, Germany. The one-off vehicle shown in the version forges a link between the early years of the company founded by Professor Ferdinand in 1948, when the brand recorded its first successes in motor racing with the lightweight variants of the 356, through to the present day.

With its purist concept and historically accurate design, the 911 concept vehicle reflects the brand core of with precise clarity because it stands for maximum driving pleasure. This two-seater is the first car in modern times to be based on a GT model and was developed by the brand’s motor sports experts. The concept car made public appearances at the Goodwood Festival of Speed, the Rennsport Reunion VI in Laguna Seca, California as well as the Paris Motor Show. The dream has now become reality with the series production version. The 911 * goes now into production.