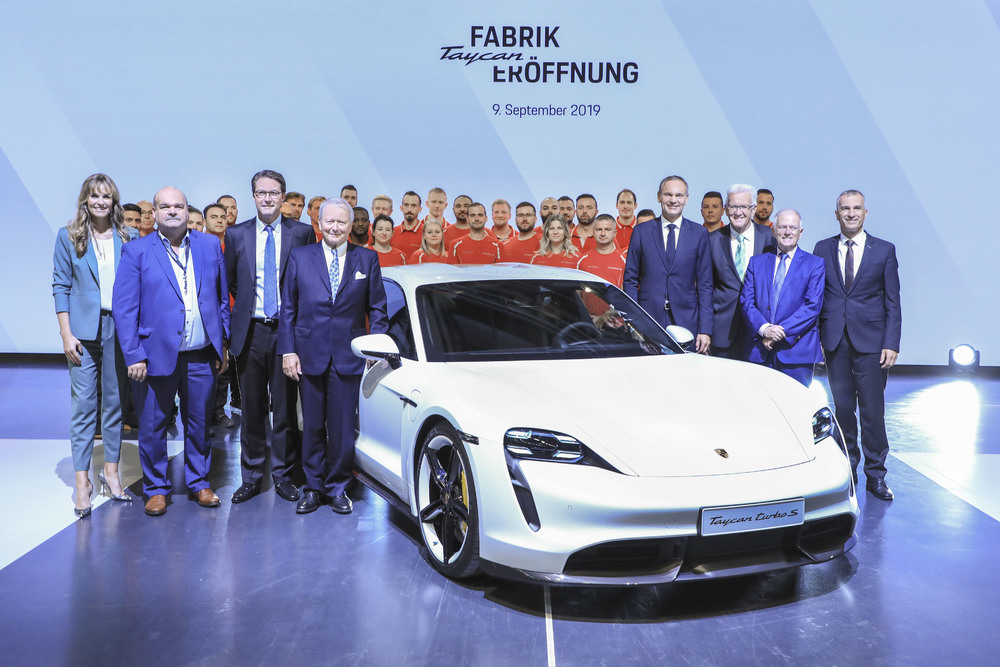 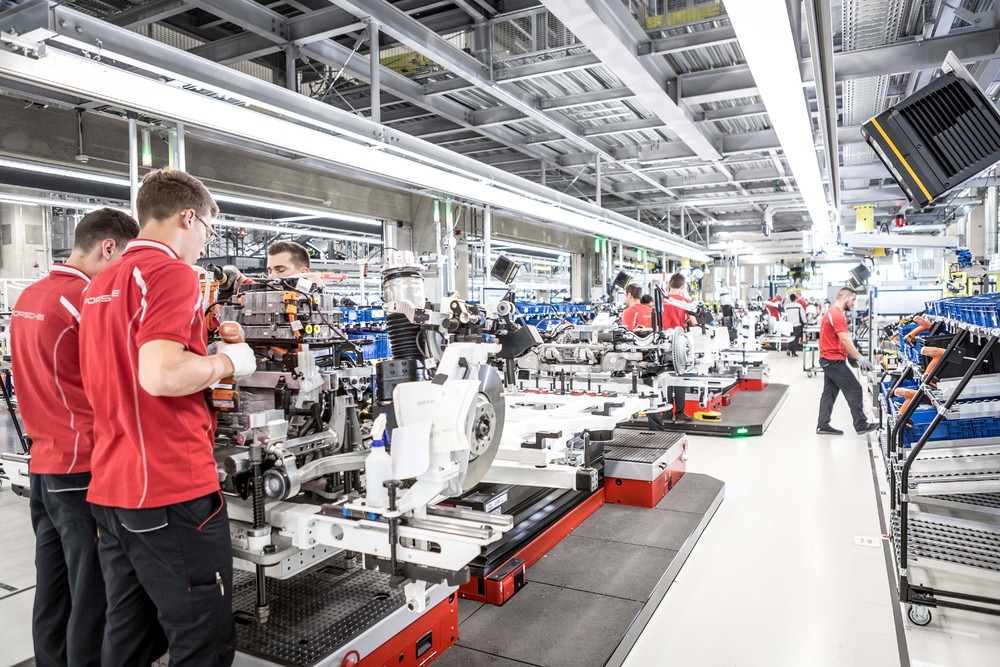 Stuttgart . has opened the new factory for the under the watchful eye of 320 guests from politics, business and media. “We have a level of responsibility for the environment and society. Production of the is already carbon-neutral. Heritage meets the future at our parent plant in Stuttgart-Zuffenhausen, which is the heart of the brand”, explains Oliver Blume, Chairman of the Board of AG.

is opening the next great chapter in the company’s history with the brand’s first all-electric sports car and its bespoke production facility. “The zero-emissions is a new icon,” says Oliver Blume. “It is different to our previous vehicles, yet is still a typical – innovative, sporty and emotive.”

Less than 48 months have passed between the presentation of the concept vehicle at the IAA motor show in 2015 and the start of production for the first customer vehicles. The new production facility sets new standards in terms of energy efficiency and environmental friendliness. “We are committed to the climate protection targets agreed in Paris in December 2015 and have a clear responsibility to cut environmentally harmful emissions. However, our sustainability strategy goes much further than decarbonisation,” says Albrecht Reimold, Member of the Board for Production and Logistics of AG. “ is pursuing the goal of a Zero Impact Factory – production without any negative impact on the environment.”

Electromobility creates new jobs at
The heralds a new era in automotive production. Production is networked and flexible. uses automated guided vehicle systems instead of traditional conveyor belts to transport components and vehicles from station to station. “We call our journey into this new era Production 4.0. We are using state-of-the-art technologies to network the digital world with the mechanical world,” says Albrecht Reimold. “The focus at is still on people. employees are an integral part of the project. After all, we produce vehicles by people for people.”

Production of the will see 1,500 new jobs created at the Zuffenhausen site, demonstrating that electromobility is generating employment at . While constructing the new factory and preparing for production, has also implemented an unprecedented training programme to familiarise all employees with the unique features of electromobility. In total, the company is set to invest more than six billion euros in electromobility by 2022. The company has invested a total of 700 million euros in the new production facilities alone, one billion including the new body shop, which will also be used for the current generation of the 911. The new factory complements production of two-seater sports cars – 250 vehicles from the 911 and 718 series roll off the assembly line every day at the historic Zuffenhausen site.

Andreas Scheuer, Federal Minister of Transport and Digital Infrastructure:
“Electromobility is creating around 1,500 new jobs in carbon-neutral production here in Stuttgart-Zuffenhausen. is therefore making an important statement about electric driving and German engineering. It is important now that everyone benefits from the technology and experiences – both manufacturers and customers. We need the electric Beetle effect on the road – as quickly as possible.”

Winfried Kretschmann, Minister President of the State of Baden-Württemberg:
“The shows that the mobility revolution is taking place now right here in Baden-Württemberg. By virtue of the fact that has not just created a revolutionary product in Zuffenhausen but also a revolutionary production facility, the company is clearly demonstrating that we here in the south-west are at the fore-front of the reinvention of the car. I am particularly pleased that is investing locally with production of the at its parent plant in Zuffenhausen – and is therefore investing in Stuttgart, the state of Baden-Württemberg and its people. I would like to express our sincere thanks on behalf of the whole state government.”

Fritz Kuhn, Mayor of Stuttgart:
“The investment by sends out a strong message about Stuttgart. Where others just talk, acts.”

Further information, film and photo material in the Newsroom: newsroom.porsche.de