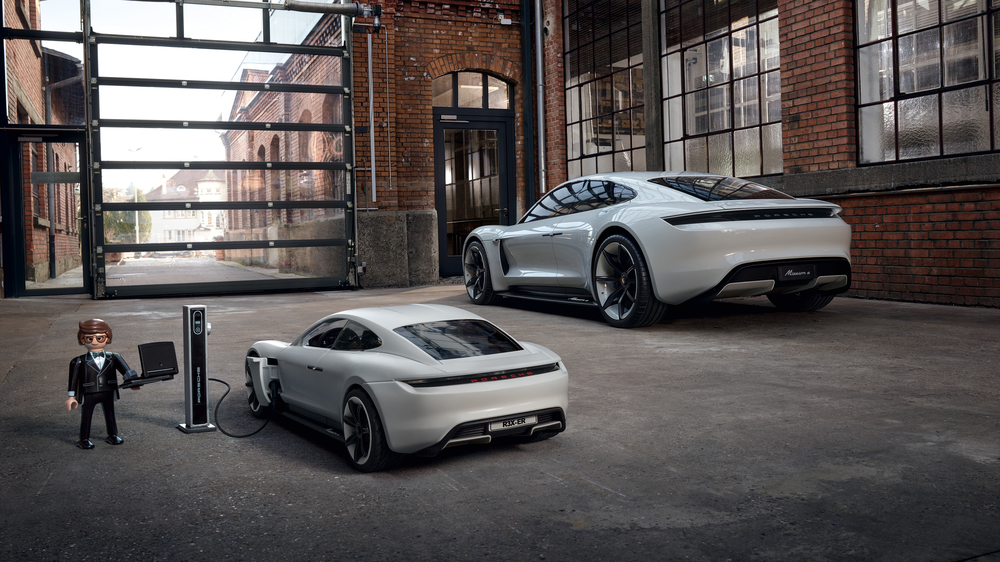 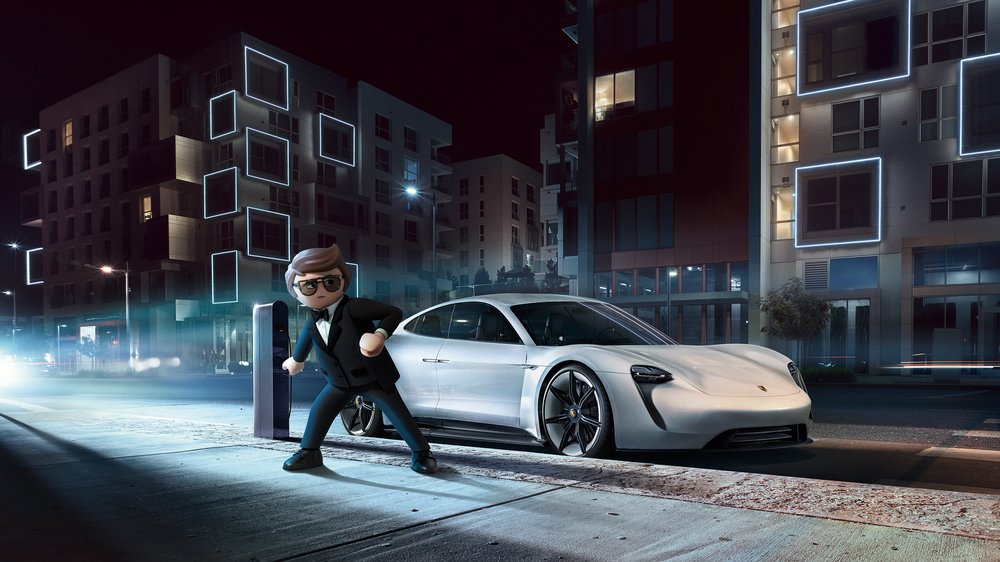 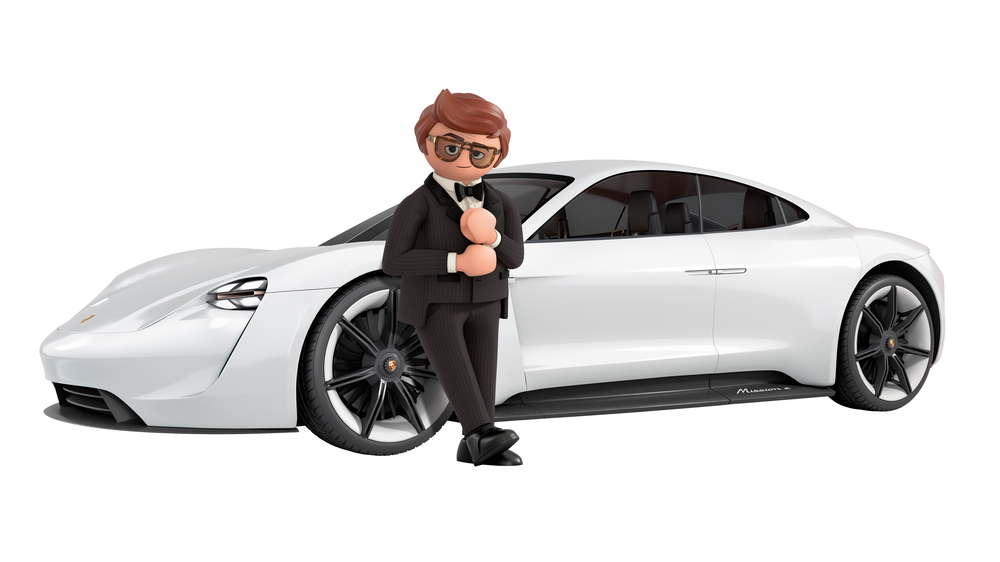 Stuttgart . Electric secret agent car: the sports car has a role in the new animated family film from Playmobil. The concept car is the prototype for the first all-electric , the , which will be launched in September. In the movie, the character of secret agent Rex Dasher drives a white . The German premiere will take place in Munich on August 4. The film will then open in cinemas throughout Germany on August 29.

This is the first film project of and Playmobil, who have been jointly developing play sets and collaborating in the field of marketing since 2014. “ was Playmobil's first licensed product. Since then we have brought out a carefully designed new set every year, each of which has been enthusiastically received by children, teenagers and their parents,” says Kjell Gruner, Head of Marketing at AG. “This successful cooperation will now be crowned by a movie.” With the matching play set, the companies will also present the first remote-controlled from Playmobil.

Imaginative journey into a toy world
In PLAYMOBIL: THE MOVIE, a girl called Marla has to bring home her younger brother Charlie after he disappears into an animated Playmobil universe. On her journey through new worlds, Marla encounters very different companions: a food truck owner, a robot, a fairy and Rex Dasher. The intrepid and charming secret agent drives a , an electric sports car that has a number of remarkable functions. Together they overcome great challenges and recognise that they can succeed in everything if they believe in themselves. The director is Lino DiSalvo, who is also known for blockbusters such as “Frozen”.

The Museum will screen PLAYMOBIL: THE MOVIE at 11.00 am and 3.00 pm on August 10 and 11 as part of the 4Kids summer holiday programme. There will be an autograph session and an opportunity to meet the mascots Rex Dasher and Tom . The holiday programme will run from August 3 to 25 and is aimed at children aged between five and 14 years-old. Among other things, it includes various play stations and a Playmobil photo workshop.